With great fishing in our region throughout the year,  we regularly target and catch a wide variety of species.  Here are a few other than the snook, redfish and tarpon.

Sea trout are a popular fish to target during cooler winter months and spring.  Often found in large schools, they provide plenty of fast action as well a being a fine table fish.  Around Naples, we catch most sea trout on artificial baits such as jigs as well as live bait.

Pompano fishing in Florida has become a very reliable fishery since the elimination of gill nets on state waters in the early 1990’s.  November usually kicks off “pompano season” which continues throughout the winter months and reaches a finale sometime in the spring, although we often catch them off and on through the summer as well.  Most are caught jigging along edges of flats and hard bottom channels both near the passes and beaches and far inland bays. 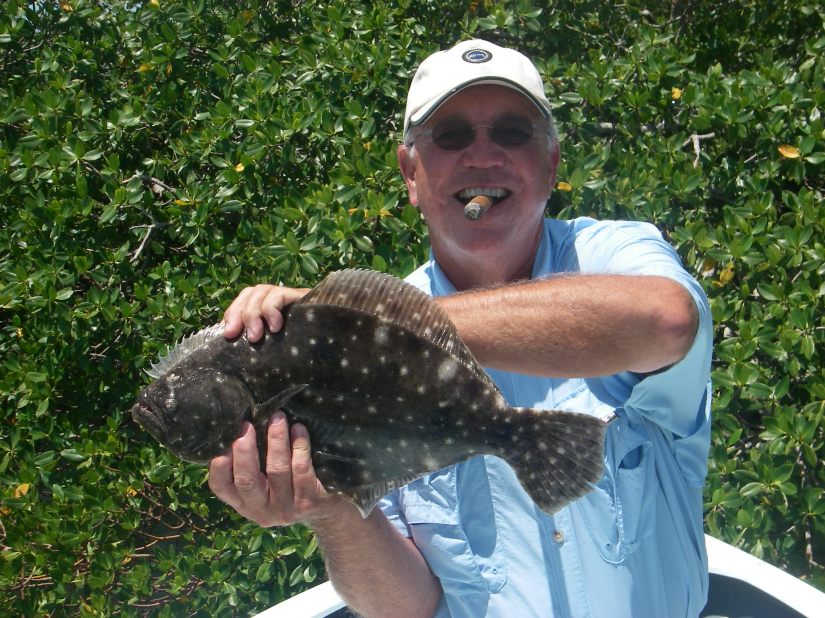 While not necessarily a target species in Southwest Florida,  Flounder are a common catch and often caught when fishing for other fish.  Flounder rank among the best eating fish in the waters and are often invited home for dinner!

Jack Crevalle are caught year around in Naples waters.  Although not considered to have much food value, these bruisers are pound for pound the most powerful fish we run into.  Providing blistering runs to just plain brute strength. Jacks will take every kind of bait as well as artificials.  Great fun on  top water lures!  Sometimes running in large schools, they can provide some fast, wild, tackle busting action!  They commonly range in size up to 20 lbs.

Tripletail are an interesting species that range world wide in subtropical oceans.  Tripletail are a common species in Naples waters and although the are a more common target during the winter months, can be found year around. We usually catch these fish by sight fishing to them as they randomly float on the surface near crab trap buoys, channel markers or free swimming along tide lines.  They take a variety of baits and are a fun target for fly fishermen.  Top rankings on the dinner table also.

Sheepshead a very common catch especially through out the winter months.  They often school up during cool weather in deep holes in the back country.  We usually target them by bottom fishing with shrimp or jigs.  They are good fighters for their size and excellent table fish. 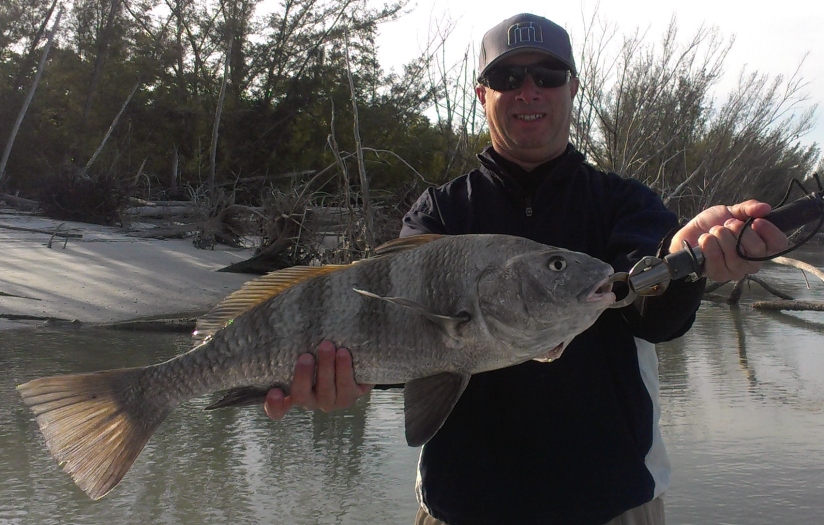 Black drum are another common catch during the winter months.  Cousins to the redfish, they can grow quite large.  Drum are typically caught while bottom fishing.  Smaller fish are good eating while larger fish tend to get tough and can carry parasites.  Strong fighting fish!

Kingfish, although not an inshore species are a fish that we often target near shore especially during the fall months.  As waters cool to the north, there is usually a strong migration of these speedy fish just off the area beaches.  We love to chase the schools on calm days with light tackle.  The kingfish are known for their long blazing runs.

Bonito are another species that we find nearshore along with the kingfish.  A member fo the tuna family, they usually make a showing in the fall and then another short run in the spring, these fish are also known for their blistering runs.  We often target the bonito on the surface as the crash schools of helpless bait fish.

Grouper, both Gag and Goliath are very common in the deep inshore creeks.  These fish live in heavy cover and can really test and anglers muscle and skills as the “dig in” to get into the cover when hooked.  We catch them year around just about anytime we target them.