I have had a long history with Willy Roberts boats having met the master boat builder at his shop in the Tavernier, FL back in the late 70’s, as my father and I explored and learned the vast fishing opportunities of the flats around Islamorada on countless trips together.  There were quite a few Willy boats in operation by guides there at the time and the unique skiffs had a reputation of being very versatile for many inshore applications. I was always drawn to his kind personality, always open to a visit as he was hand sanding a part such as a rod holder or inserting wood plugs into recessed screw holes on a gunwale cap.  Each boat was built to order, one at a time, all by hand and all by himself as he spent long days usually working alone in his tiny shop. 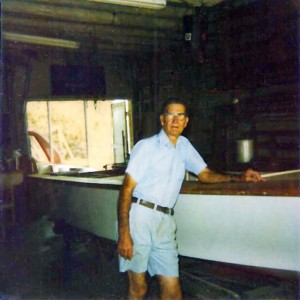 Willy Roberts in his shop 1982 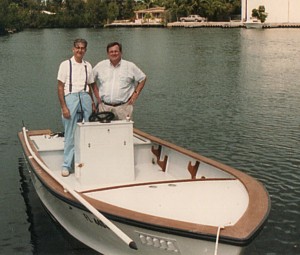 Willy boats were the standard from which all other flats boats were designed as the industry boomed in the next several decades.  The original boats, especially the wood models have become highly sought and appreciated for their design and detailed workmanship.

A few years after beginning my long career as an inshore guide in SW Florida, I purchased my very own Willy Roberts skiff, built in 1978.

I proudly ran the boat for 12 years, until deciding to change my “office” and moved into  a more modern designed boat.  Well, as I continued my path, I eventually reverted and ended up with another Willy boat in 2000 after discovering that the molds had been picked up by a new owner after Mr. Roberts’ passing.  I had that hull built with vacuum infused resin and Kevlar to make it the lightest, strongest hull available at the time.  I finished the interior personally to make it one of a kind and fished it hard for 14 years before passing it on to my youngest son, Ben who is now a full time guide.

I always had a passion for these boats, especially for the originals.  In 2004, I had an opportunity to obtain a neglected, wooden Willy Roberts skiff built in 1976.  When I pulled into the driveway, my generously supportive wife remarked,  “And your going to do what with that?”  After about two years of blood, sweat and tears, gallons of epoxy and a bunch of wood and hardware, I completed the restoration and splashed the boat for the first time. 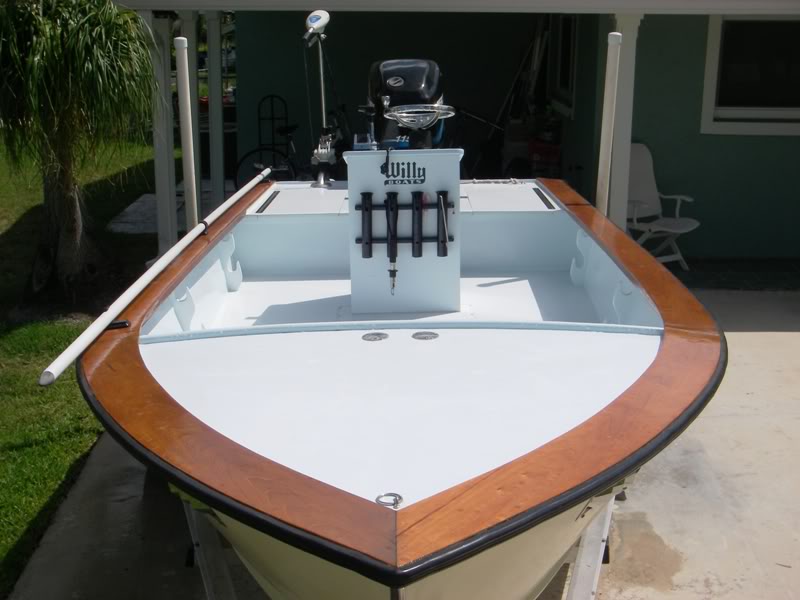 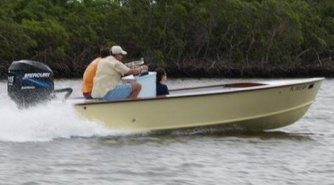 I enjoyed fishing on the old Willy for several years restricting her to water time with family and friends almost exclusively.  The boat carried great “Karma” and we had some amazing days fishing aboard her before deciding to let her go to a new owner in 2010.  Many tide changes later in 2017, fate brought us back together and I brought the old Willy Roberts boat back home again.  Now with a little fresh paint and varnish she is home again to be enjoyed!